A 2012 IBM study found that nearly three-quarters of respondents felt they were not prepared for the required cultural changes of newly deployed enterprise social media, and two-thirds were not sure they completely understood the impact social business would have on their organizations over the next three years.

Shel has found that many businesses deploy new technologies without also thinking about how to incorporate them into the organizational culture. In some circles this phenomenon is called “Deploy and Pray.” A common scenario involves the IT department making sure that all the utilities work correctly, then an announcement is made along the lines of “here’s this new technology for you to use, Godspeed,” and everyone is left to their own devices.

A crucial first step when choosing software is to develop a requirements document based on the needs of the organization before soliciting bids from software vendors. Unfortunately in some cases, this initial groundwork is not done and purchase decisions are awarded to the low bid or to a company the organization already has a relationship with.

In an IABC study earlier this year, Toby Ward, president of Prescient Digital Media said: “Too many organizations are relying on out-of-the-box SharePoint and free, open source solutions, with little thought or execution on the needs and requirements of the organization. Technology is only one-third of the equation; a successful intranet requires two-thirds people and process.”

Shel has heard Toby tell a story about a financial company in Canada who got a contact management system for their intranet based on an existing relationship they had with a vendor. After it was installed they found out they only had five licenses so that only five people could actually contribute to it. The system did batch updating at night rather than instant updating, so anything you added to it wouldn’t show up until the next day. A series of other problems with it rendered it fundamentally useless for the communication needs of a contact management system. The company thought they were getting a bargain, but it turned out they wasted a lot of money on something they couldn’t use. To make matters worse, the company went out of business and there were no more upgrades or support. 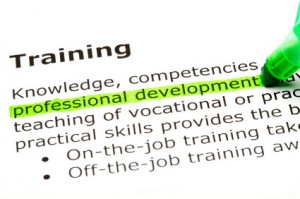 Companies should also provide training on how to use new technologies effectively within the company culture, including when to use it and when not to. Shel adds that various training modules should be created, including promotional materials, training videos and a mentoring program for those who respond better to personal instruction. Peers who have figured out how to use the new technology can train coworkers who are still confused by it.

Hudson’s intranet training modules are a good example of how to support a technology rollout, according to Shel. Available on YouTube, Hudson’s videos explain their intranet’s social features to help employees quickly get up to speed. It’s important to reach out to employees to help them understand what is on the intranet and to illustrate how using it can make their job easier.

The next and final blog post in this series will cover where enterprise social media is headed in the future, so stay tuned!

The Business of Social Business: What Works and How It’s Done — IBM report

Social Intranets on the Rise, But User Satisfaction Is Still Low — Prescient press release via IABC