In the Fall of 2011, I was taking a class in Social Media Strategy at NYU’s Public Relations school toward my M.A. The instructor scheduled a cadre of impressive guest speakers, including digital communications consultant Shel Holtz. Shel’s talk inspired the topic of my thesis on the value of enterprise social media. A few months later, as part of my thesis research, I had the good fortune to interview Shel. The transcript of our conversation has yielded a series of blog posts, the first of which is posted below.

Shel defines enterprise social media as “tools that are available only to employees, behind a firewall or that require an authentication scheme.” The definition of “enterprise” can get fuzzy at times, especially in the case of groups that use closed Facebook groups. 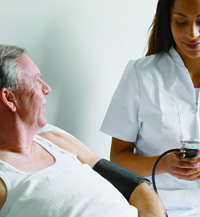 Shel gave the example of nurses who have to spend their time with patients and don’t have much time to use internal social media while they are at work. These nurses are more likely to use social media from home, and Facebook can be a good option. Some Facebook groups are set up without company sanction so employees can communicate with each other.

Shel said, “In hospitals, it’s typical for the emergency department employees to set up a Facebook group so they can engage in communication between shifts.” They will still have a short meeting in between shifts to talk about “what’s going on now”, but for issues that require more discussion, it makes sense for them to use Facebook if the company is not going to provide them with an easy-to-use channel.

Similarly, Shel adds, “If a company doesn’t have a wiki product available for employees to use through its own network, it’s not uncommon for an employee to set up a closed wiki and invite the members of the team who need to collaborate.” They are using a closed version of a free tool so it’s not exactly enterprise.

Shel also mentioned PepsiCo’s “Ambassador” program, which allows employees who have gone through general social media training to volunteer to take a more active role in the company’s use of social media. The ambassadors are authorized to engage in their social media communities on behalf of PepsiCo. Spread out all over the globe, the ambassadors needed to have an easily accessible online community, so it made sense to set it up on Facebook. The Ambassador program is a resource for internal purposes, they just happen to be using an external tool.