At its core, ESM is a collaborative tool that allows employees to share information and bounce ideas off of each other. It is a social technology platform that builds strong knowledge connections between employees.

Shel recalled that a study conducted by Aberdeen a few years ago found that employees who have access to internal social networking are more engaged than employees who don’t. In addition, companies that offer internal social networking achieve best-in-class status to a greater degree than companies that don’t offer it. Shel added: “There’s not a CEO alive who doesn’t want more engaged employees, because the connection has been made between high levels of engagement and market share growth.” 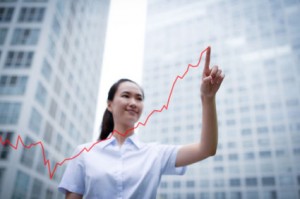 The connection between engaged employees and business growth has been documented extensively in the McKinsey Quarterly reports on enterprise social media. The reports are part of a longitudinal study that concludes ESM is effective because it facilitates everything from faster access to subject matter experts to faster cycle time on projects between employees.

Internal social networking produces better marketing for the customer and innovative products and services. In addition, McKinsey’s study has found that fully networked organizations in which employees are networked internally and externally — meaning that employees can have contact with customers — are taking market share away from competitors. In their most recent report, McKinsey recommends experimentation: “…Instead of focusing on best practices in the early stages of the journey, executives should be open to discovering next practices.”

In the future, Shel thinks ESM is heading towards tighter integration throughout all enterprise networks. Today, ESM in most companies is its own distinct bucket, separate from the rest of the intranet. Shel gave the example of landing on a company’s Finance page, being able to access the Finance community from there, then accessing the profiles of the members of the Finance team and directing a question via Chatter or Yammer or some other Twitter clone for the enterprise to that community. Shel added: “Rather than being on a policy or forms page and then having to leave that part of the intranet and go over to the social network, it’s going to be more tightly integrated so that you have access to the community right along with all the other resources that you can find on those enterprise networks.”

In conclusion, Shel emphasized that incorporating ESM as part of employees’ daily routine is the best way to lay the groundwork for widespread adoption.