This is part three of my series on enterprise social media, featuring a recent conversation with Shel Holtz. Today’s post explores the issue of productivity and social media.

Enterprise social media has its share of detractors. One of the primary concerns that some executives bring up is lost productivity. Sometimes there is also resistance on the part of employees who feel having to work with one more platform is just going to take time out of their day without helping to alleviate their workload. 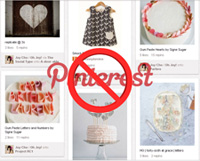 A company Shel was working with recently blocked Pinterest for employees. When Shel asked why, management said that productivity was suffering. When Shel pressed further and asked if they had measured productivity the answer was that they had merely seen it on a lot of employee screens.

In other words, no one had looked at factors such as whether employee output was suffering, deadlines were being missed, or lower quality work was being turned in. Shel concluded “That’s just not a correlation you can make if you’re going to talk about productivity, you have to measure it.”

Shel finds the productivity issue intriguing. There are always going to be some employees who are going to waste time, and taking social media channels away from them is not going to suddenly turn them into paragons of productivity. They’re going to play Solitaire, do crossword puzzles, make personal phone calls, or whatever else they can to waste time. Yet, Shel added, “Most employees have no interest in losing their jobs, getting bad performance evaluations or not getting bonuses or merit increases because they’ve been playing Farmville [during business hours].” Good point. 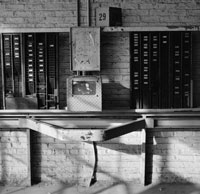 Shel explained that many of the studies that create fear in the hearts of leadership measure the hours spent on social media. The studies then wrongfully conclude that if you multiply those hours by the number of employees who do this, times the number of weeks in a year and then multiply that by some arbitrary calculated hourly pay rate, the result equals lost productivity. Shel said “These results assume an eight-hour day, that people are coming in at 9 and leaving at 5, and this is time that’s not being used for work purposes. For today’s knowledge workers, an eight-hour day is a laughable concept—more often than not, they come in at 7 a.m. and stay until 8 p.m.”

According to Department of Labor study, for every hour of non-work-related Web surfing at the office, there is a corresponding 90 minutes of work-related activity that is accomplished away from the office. Checking email on your phone when you get up in the morning; a conference call with Japan that takes place at 11:00 p.m. to accommodate time zone differences; work that you take home on your laptop and do after the soccer game or after the kids are in bed are all prime examples of this. Shel concluded “Knowledge workers work where it makes sense to work. If you look at the total number of hours that people are spending doing work activities, they’re probably putting in well over eight hours, not including the time they are spending on social channels.”

Goofing off is good for productivity, MindLab Research