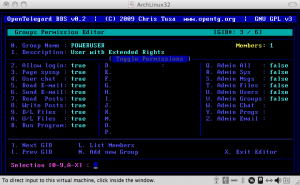 Shel’s favorite historical example of enterprise social networking is a bulletin board that was used by the Alzheimer’s Association as a message board. The Alzheimer’s Association has several large chapters that have paid staff; there are also smaller chapters with only one person who coordinates fundraising and other activities. Volunteers and paid staff are brought in at the chapter level.

While visiting the Chicago chapter several years ago, Shel saw a post in which someone was asking whether anyone had done training on a specific topic about Alzheimer’s disease. Someone from another chapter answered they had and offered to share their PowerPoint document. Others chimed in, enabling the transfer of knowledge. Shel added: “Rather than having multiple chapters creating duplicate work, coming up with sessions on the same topic or committing staff resources to developing something and making it available, somebody at the chapter level [had done it and shared it] and [the bulletin board] got the knowledge out of the head of one person…and into the head of [another] person who needed it.” 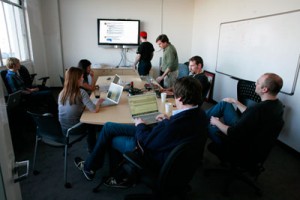 The collaboration Shel witnessed at Alzheimer’s Association is alive and well today in many organizations, albeit with the help of updated versions of the bulletin board. A couple of years ago, while visiting Dell’s headquarters in Round Rock, TX, Shel saw their intranet platform Chatter up in a conference room. Conversations were streaming, and people who had never met in real life from various locations and business units were asking questions and answering each other. Shel explained “You don’t necessarily know who has the answer to your question.”

Shel also mentioned IBM’s Blue Pages, which he calls “a knowledge directory because people populate the fields with their areas of expertise and education credentials. People can search for all kinds of skills and expertise, like for example a Java coder who speaks Portuguese, and (Blue Pages) will bring up a list of employees who match that criteria.”

The Early Internet: Teleinformatics and Computerized Bulletin Board Systems