We decided to visit the Hudson River Museum on a dreary rainy day last May. We are avid cyclists and outdoor enthusiasts, so cultural outings are the best option for us on rainy weekends (besides staying home with a good book or watching movies.)

On the day we visited, the downstairs hallway included a colorful, immersive installation titled Lincoln on the Hudson, by Red Grooms:

As we progressed through the museum, The Bookstore, also by Red Grooms, caught my eye with its pop art vibrant colors and whimsical lines: 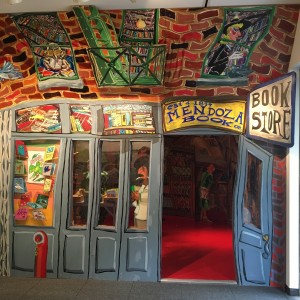 Next, we saw an exhibit titled Wyeth Wonderland by Joséphine Douet, a photographic homage to twelve of Andrew Wyeth’s drawings and watercolors. Visitors were not allowed to take pictures of Wyeth’s pieces, however we could photograph Douet’s work: 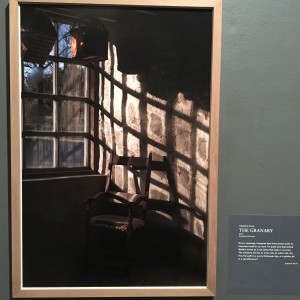 Glenview, the home of the John Bond Trevor family for 45 years, is a few steps away from the main building of the museum. Six rooms in the mansion have been  restored to reflect the 19th century period. Below are images of the exterior and two striking statues in one of the sitting rooms: 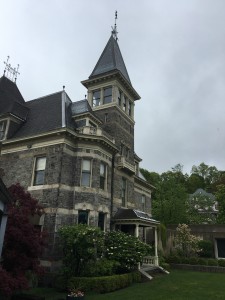 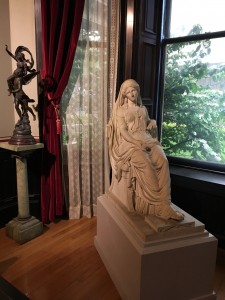 Located in the former billiards room at Glenview, Nybelwyck Hall is a Victorian dollhouse filled with tiny, meticulous tableaux of Victorian life:

Current and upcoming exhibitions at the Hudson River Museum.