The Privilege of the Right to Vote

In high school, a friend told me her mother, a young homemaker married to a successful businessman, questioned the 19th Amendment:

Why do women need the right to vote? They’re just going to vote the same way their husbands did.

My friend and I were incensed. How could anyone in this day and age think that? Even as teenagers we understood it was a privilege to have the right to vote.

My mother was (and still is!) a feminist, and I’ve never been quite sure that she and my father voted for the same candidates every year. One day many years ago, I asked my father if he was a Republican or a Democrat. “Neither,” he said, “I like to decide based on the candidate.” You could say he was unabashedly independent. I am still influenced by his words today when it’s time to vote for a candidate.

When I turned 18, I was excited to register to vote. Every time I have moved, I have registered in order to be able to vote. The only exception was the 2000 election, when I happened to be living in England and voted by absentee ballot. I followed the furor around “hanging chads” and miscounted votes in Florida and my disillusionment with the political machinery hardened. But sometimes a candidate can still inspire me.

Hillary Clinton was my choice early on in the 2008 election. When Barack Obama won the party’s nomination I was crushed. I’m not sure I ever believed his idealistic platform would succeed (and I wasn’t surprised when it didn’t.) But a funny thing happened: by the time Mr. Obama was elected, I was starting to change my mind about him. And over the last several years I have been interested to read about his ambivalence about having to work within the political structure to successfully accomplish his goals.

Eight years ago, we as a nation elected our first African American president. Four years later, we made history again by choosing him for his second term. As President Obama states in his acceptance speech, our choice was not unanimous:

…Whether I earned your vote or not, I have listened to you. I have learned from you. And you’ve made me a better president. And with your stories and your struggles, I return to the White House more determined and more inspired than ever about the work there is to do and the future that lies ahead.

In his concession speech, Mr. Romney stated his intent to work with President Obama:

The nation, as you know, is at a critical point. At a time like this, we can’t risk partisan bickering and political posturing. Our leaders have to reach across the aisle to do the people’s work. And we citizens also have to rise to the occasion.

President Obama has not been able to overcome the Republican opposition that has blocked him at every turn. It is my fervent wish that we will make history again today and that in time, our country will be able to move in the direction of unification. 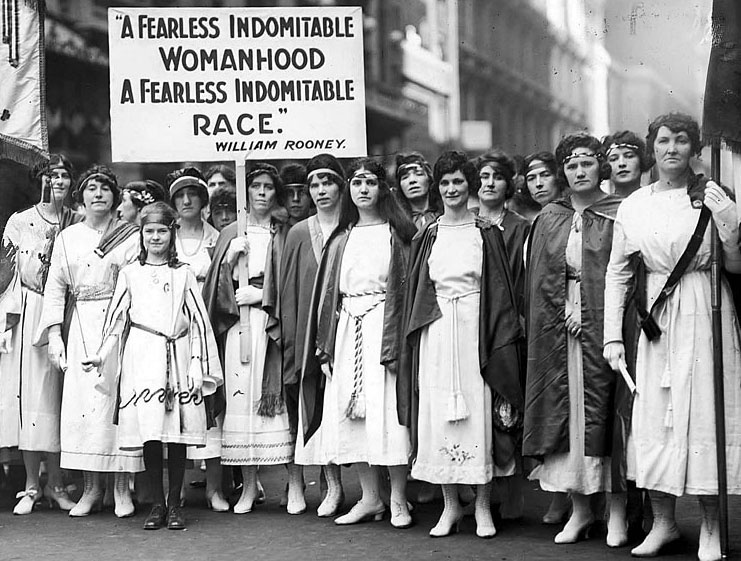 I am eternally grateful to Alice Paul, Susan B. Anthony and their fellow suffragettes and abolitionists who fought for the citizenship and voting rights of women and people of color. Their unwavering courage made it possible for me and every American to have a say in who will run our country every four years. While it’s tough not to be cynical about the political establishment, I hope to continue to be inspired by the ideas and hard work of future candidates, no matter their political affiliation.

Women and Politics—2012 and beyond

One Hundred Years toward Suffrage: An Overview

A modified version of this post first appeared on the New York Women in Communications blog Aloud.
Categories: Culture, Our Times