One of my favorite pastimes is discovering secret oases and hidden gems in and around the city. Last month I visited the New York Botanical Garden for the first time. We moved to the New York city area twelve years ago, and I can’t believe it’s taken me this long to get there. It was a delightful excursion and I’m looking forward to going there again.

The Garden is located in the Bronx, but there is a Metro North stop right across the Mosholu Gate entrance so it’s easy to get to even if you don’t have a car.

I usually have about a two-hour limit when I visit museums, at which point it’s time to go outside and take a break from all the edification. Botanical gardens usually enthrall me for longer periods of time (maybe it’s the readily available fresh air and oxygen?) and this Garden was no different. We explored a few areas and then took a shuttle train to get a better sense of how vast the grounds are. Although we spent more than three hours there, there is still plenty left to discover on foot during future expeditions.

Immediately to the left after the Garden’s entrance is the Lillian Goldman Fountain of Life:

The building behind the fountain houses exhibits such as the Renaissance Herbal, where I learned that a Herbal is a rare, illustrated Medieval manuscript that describes plants and herbs:

In the medieval era, medicinal plant knowledge was cultivated in the cloistered monastic gardens found throughout Europe. Monks were familiar with the texts of the ancient authors whose work they laboriously copied, and they also began to compose their own. 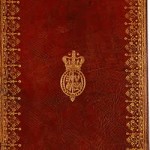 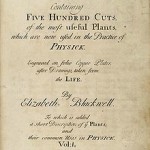 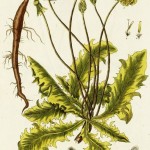 As we continued toward the Haupt Conservatory, we walked through several gardens, and I noticed bees happily buzzing among the many flowers and plants:

Flanking the Conservatory is a peaceful, lovely lily pond.

Past the lily pond are the four painted fiberglass sculptures that make up the Four Seasons, a large-scale, striking exhibit by Philip Haas. Haas created the sculptures as an homage to Italian Renaissance painter Giuseppe Arcimboldo.

Beyond tropical plants and flowers, the cacao and chocolate exhibit inside the Conservatory included samples of unsweetened (that doesn’t taste all that appealing, but it does have health benefits) and sweetened chocolate.

Despite spending a wonderful afternoon at the Garden, there were a couple of dissonant notes. One was the prominent inclusion of the Italian Renaissance garden’s exhibit sponsor (a pharmaceutical company) on several signs among the plants. The constant reminders created an uncomfortable juxtaposition of natural plants and herbs with a sponsor that manufactures synthetic drugs.

A review of the exhibit in The Wall Street Journal mentions that the Garden has provided plant compounds to pharmaceutical companies, and includes a quote from Gregory Long, CEO of the New York Botanical Garden:

People are looking for botanical remedies. Everyone is interested in medicinal plants now. We have always been interested. We’ve always had scientists here studying them.

The other surprise was that a large beverage manufacturer was the sponsor for a tea exhibit that included whole leaf tea varieties (which all smelled wonderful) but also free drink samples that tasted artificially flavored and sweetened, and did not seem to have a connection to the tea leaves. I would have gladly paid for tea brewed from organic, whole leaf tea.

A couple of weeks ago, I read an article in Adweek about the future of pharmaceutical marketing, and it made me think of my reaction to the Garden’s exhibit sponsor:

Drugmakers are transitioning from pushing pills to insinuating their corporate identities into our daily lives—to the point consumers could feel them getting a little too close.