The first time I met Natasha was in 2009. I was walking home from the light rail and saw a bright yellow food truck with the distinctive, retro illustration that Jersey City residents knew as Lucinda’s. I walked up to the truck and was met with a smiling, friendly, blue-eyed young woman who confirmed that they used fresh cilantro (it’s one of my favorite herbs.) The burrito was made fresh, on the spot, and she asked if I wanted some hot sauce. I don’t usually eat hot sauce, or very spicy food, but then she said “Just a little bit,” and I was intrigued. “OK,” I said. Somehow, even in that brief exchange, I felt I could instinctively trust her and her opinion about food. 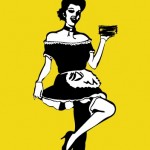 As I got to know her better over the years, it was apparent how much she cared about cooking and providing fresh and delicious food to her customers. When Lucinda’s food truck morphed into a mobile crêperie in 2010, I remained a frequent customer. I’ve always loved a good crêpe and had tried a few at various food places in NYC or Jersey city but was often disappointed: they were tasteless, with no apparent relationship to real food. Natasha’s crêpes, on the other hand tasted homemade: you could tell the batter had been made with fresh ingredients.

Sometimes I got to the food truck before it got mobbed for the lunch hour, and Natasha and I would have a moment to chat while she and her husband Chris made crêpes. Chris knew how special Natasha was. One time with his typical dry humor, he said something to the effect that he wasn’t quite sure how he’d gotten her to marry him. It was funny and self deprecating, but it was also clear how much he valued her. It was a lovely testament to their relationship. Couples who work together sometimes have to overcome conflict, but they both seemed to take everything in stride, and their bond was evident.

Natasha and I developed a nice rapport, and one day I gave her some samples for NYR Organic skincare (I am a consultant for the brand.) She knew about researching ingredients in skincare products and was impressed with the quality of our products and became a customer. Natasha told me Russian women made investing in good skin care a priority and she thought Neal’s Yard Remedies was one the best brands around. I remember one of her first purchases was a gift for a friend who’d just had a baby. Whenever I gave Natasha samples, her frequent feedback was “I like everything.” 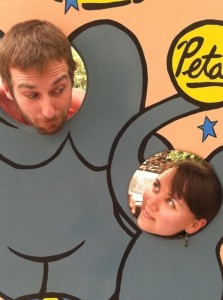 In 2011, Natasha and Chris opened the restaurant Kraverie with partner Charles (who had been running the Korean taco food truck in the neighbourhood.) I was so happy for them. Their joint business venture was a great success story in the community. I was pleased they still had my favorite on the menu, the vegetarian crêpe, which includes a mixture of fresh vegetables, pesto and almonds.

The restaurant was often packed during lunch and dinner hours, and I took to going there for an early or late lunch so I could have a chat with Natasha. When I stopped by the restaurant, Natasha was her customary cheerful and vibrant self. She was honest and straightforward too, and every once in a while during our conversations she would share interesting tidbits. She told me once that she had a relationship with her crêpes, and that she loved making them. She also loved tea, especially green tea, and last summer she had brought back hibiscus tea from a vacation in Mexico. She knew that I loved tea as well, and would make the hibiscus tea for me hot or iced, depending on the season.

Natasha worked very hard and had high standards. One time, she shared with me that she was working on her management style.  I loaned her one of my management workbooks from a class I’d taken at NYU, and we had a candid conversation about working on shortcomings and trying to improve in areas that don’t come naturally to us.

When Natasha found out I was in graduate school, she didn’t want me to leave a tip. Generous to a fault, she said if I paid for the food that was enough and that when I ate at Kraverie it would be different from other restaurants. I had trouble accepting this, but she really meant it so we finally compromised: whenever she took my order, I just paid her for the food bill, but I told her I had to leave a tip if one of her waitstaff took my order.

One of the last conversations I had with Natasha was about the restaurant’s fish tacos, which are excellent. I was curious about how they would taste in a crêpe instead of on a soft taco. Natasha was intrigued by the idea. When she asked how I’d liked them afterwards, I told her it was good because I love her crêpes and fish tacos so much. She was excited to try the dish herself sometime. I didn’t get the chance to tell her this, but upon further reflection, I decided that the dish actually worked better the way it was. Natasha was one of the most open minded people I’ve ever met, genuinely enthusiastic about trying something new.

On Thursday June 20, Natasha’s life was cut short by a reckless driver who hit her and then abandoned the scene. Natasha was riding her bike home from work, as she loved to do. Doctors operated on her the next day but the damage was too severe and they couldn’t save her. 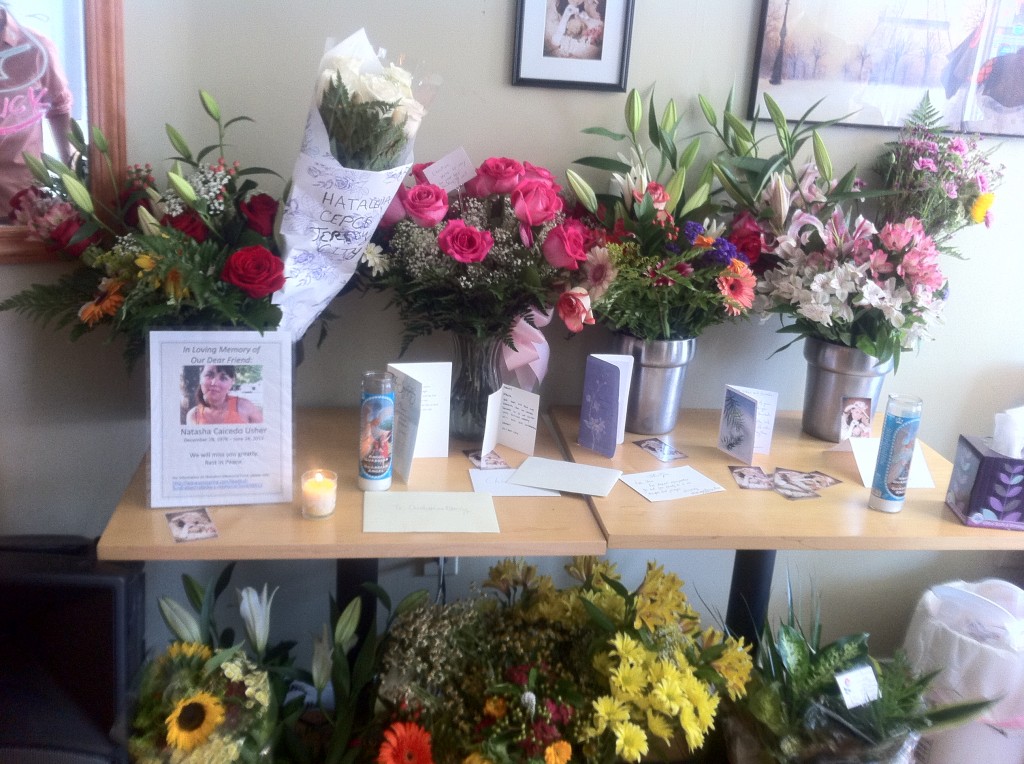 There was a gathering on Saturday at Kraverie to commemorate Natasha. She and I never spoke about religion or spiritual matters, but she was a very spiritual person to me, and I brought a candle. Almost as soon as I put it on the table, one of the Kraverie cooks came out to light it. I’d never seen him before, but he was as moved as any of us in the room. Natasha was a vibrant soul who touched so many of us. When I spoke with Chris and told him about the candle he agreed Natasha was a very spiritual person. He also said she’s in a better place now, and his life mission is to keep the restaurant going. They didn’t have children, it’s all he has left of her and he wants to honor her spirit and memory.

Natasha and I bonded over good food, tea and NYR Organic. She was a vibrant, kind woman full of energy and genuinely interested in engaging with people in her community. She will be sorely missed.

You can donate to Natasha’s memorial fund to help her husband with her surgery expenses (Natasha was not insured.)
Categories: Culture, Jersey City, Our Times